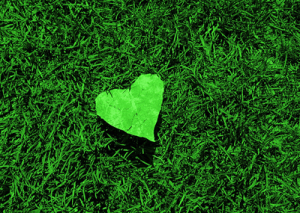 BR Green delivers purely organic lawn care services to customers and business establishments that are located in Frisco, Texas. Our goal is finding groups and individuals who are  concerned about the environment and ready to transition their lawns and landscape to 100% organic fertilizers, pesticides, and herbicides. Making the decision to move your property away from chemical based lawn products helps the planet by reducing the overall amount of chemical pollutants that eventually end up in our air and water supplies. By choosing  BR Green’s organic lawn care program, your lawn begins the first step in creating sustainable soil that provides your turf and plants with the essential nutrients they need to grow healthy. Once nutrients and beneficial microbes have been added to your soil, deep root systems begin to form and drought tolerance beings to increase. Even if your lawn is currently in poor shape or is being treated chemically, BR Green’s organic services are custom tailored for your lawn. Before making the decision to work with the many lawn care companies in Frisco,  always keep the environment in mind before using a company that uses chemical toxins to treat your soil. These chemicals are known polluters of local air and water systems that have devastating effects on ecosystems. Contact us today to schedule a free soil analysis and yard inspection.

Frisco, Texas is a northeastern city and is considered one of the fastest growing, wealthiest suburbs of Dallas. Frisco, Texas is in both Denton County and Collin County. Currently, three United States zip codes are located within Frisco including 75033, 75034, and 75035. Frisco, Texas has a rich history and was first settled in the 1860s. After its first settlement, Frisco continued to grow as its population was fed by the nearby Preston Trail and the bustling cattle ranching industry. By the early 1900s, the Saint Louis-San Francisco Railway had been built and ran through the Frisco area. The new railway raised the town’s wealth and population even more and the town was considered for incorporation. Originally, the town proposed that the area be named Emerson, but the United States Postal Office believed that the name was too similar to other Texas cities and their mail deliverers would become confused. Because of the wealth the Saint Louis-San Francisco Railway brought to the area, the town agreed to be named Frisco in the railway’s honor.

As of 2010, Frisco, Texas had a population of 116,989 residents. The residents of the city enjoy a healthy economy due to strong retailers and companies residing in the city. The Frisco Independent School District provides the most jobs in the area, but other major companies like IKEA, Amerisource Bergen Specialty Group, and CLA USA Incorporated provide fewer jobs but bring more wealth into the area. There is also a large mall located in Frisco that includes 165 stores and is a popular shopping center for residents of all Dallas-area cities and tourists.

Much of Frisco’s wealth gets poured into the promotion and development of the city’s recreational activities and buildings. Frisco has a large athletic center that is available to the public and is meant to promote physical exercise to its residents. The Dr. Pepper Ballpark is also located in Frisco, Texas and hosts a number of local baseball teams including the Frisco Roughriders. The Pizza Hut Park, which is also known as the Football Club Dallas Stadium, is a soccer arena that hosts games for the FC Dallas team. The Pizza Hut Park also hosts the Dallas Cup for soccer annually. The National Basketball Development League team, the Texas Legends, also play in Frisco, Texas and are affiliated with the Dallas Mavericks.