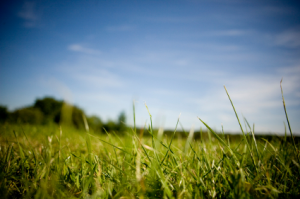 BR Green’s is an organic lawn care service provider to customers in The Colony, TX and surrounding DFW cities. Our company mission is to provide a sustainable alternative to traditional lawn fertilization, weed control, tree care, shrub care, and pest control to individuals that want the best looking lawn and landscape without environmental risks. The majority of lawn care companies only provide chemical based solutions to your lawns needs and ignore its impacts on our atmosphere and water supplies. Our purely organic lawn care program is just as effective as chemical programs, but is cost-effective and Earth, Pet and People friendly. As you transition your lawn to 100% organic, your property’s soil is infused with beneficial microbes and nutrients that feed the turf, plants, and trees. After just a season or two, your  soil will be thriving with natural nutrients which causes the root systems of your plants and turf to grow deeper and become more tolerant to drought. Contact BR Green today to schedule a free soil, turf, and landscape evaluation.

About The Colony Texas

The Colony, Texas is located just north of Carrollton and south of Little Elm. The Colony is on the site of the Hedgcoxe War and is part of the original Peter’s Colony lands. This war was in 1852 and it was also known at the Peters colony rebellion. At that time a group of landowners armed themselves because they believed the land company was invalidating their land claims. The Colony began to grow in 1969 when the home developers, Fox and Jacobs purchased the land for development. They wanted to create a “dream city” comprised of mostly single family homes in a peaceful community. Fox and Jacobs delivered the necessary infrastructure. In 1977, a homeowners association petitioned the city of Frisco to be removed from its bordered so that it could be incorporated as its own city and officially became incorporated as The Colony.